The Forest of Sensation 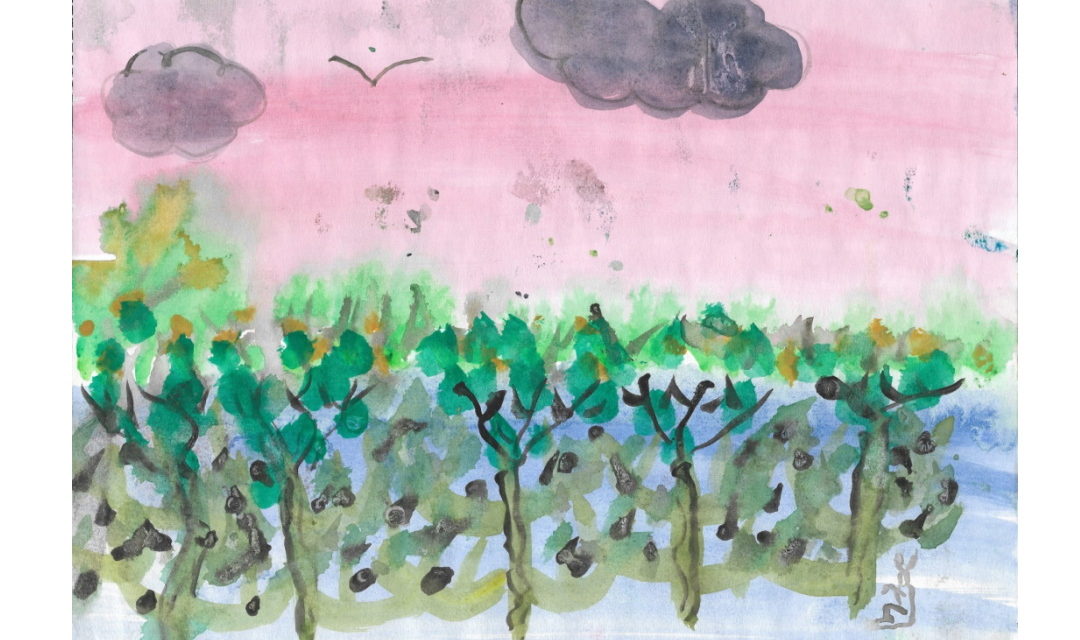 Where the forest of sensation, body of lithe limberness, instead one procession of newly installed blunders
Shut away all the good things of the earth, instead to gnaw a tail of frustration until it was amputated cruelly.
No memory, no will, only shells and husks inedible, jelly in a scientist’s mould.
The decision had been made. No longer would I pander to the thought dictators and their maniacal clowns
From my new-found font of wisdom I would use this token experience to shape the parameters of my new world
On a voyage of inner cosmic exploration I inhabited deep soul, psychic swordsman, crippled hero calling disability a blessing.
My rounded soul would not fit into any of the square pegs around me
I was untouchable and untouched I had thought, felt and lived so much, my youthful mien betrayed a wealth of such experience
Unnameable and unnamed were my closest friends, all one single bliss of living, hundredth part experienced of that which
Inner sight revealed. All encompassing world-view combining rigorous intellect with delimiting threshold experiences.
Bright spark protesting at boredom of lectures, untameable, vengeful and persistent against threats to the earth mother.
Life with the free peoples of the earth, who had escaped the soul-sucking city into their paradise of realised dreams.
Yet whose boundaries still sought a dole-office drip-feed. All the oldest gods were there, the vague, the tipsy, the hazy,
The lazy, dolies and scroungers, minstrels and sayers, prophets and players, healers and dealers, heroes and squealers.
All found true friendship or swift death amongst the dispossessed and wanderers.
How many times was I lain upon the alter of the gods and adored through my senses, caressed gently by reality?
How many times did my awareness peak and nearly expire at the gateway of all-knowingness?
Forgetting time, friends, family, intellectual property and techno-talk, I was enervated to extinction, upwards and onwards.
Inside psychic acrobatics, peace and clarity opening up unimaginable vistas, wading through quagmires of improbable paranoias
Olympic dreamer, perched in free fall, endlessly turning, over, over, clinging to my thought-crystal of hope-seed.
From blank images, unending time and unendurable boredom came new life
Under paving stones new soil was waiting, still and silent, for the touch of light
New man, one with nature’s flows, sensing the greatest pleasantness on earth,
Passed and checked by both man and nature in rigorous trials, perfecting of the sensory apparatus, progression aesthetic
Withdrawal and meditation to sense the good from the evil, and found all was good.
Harvesting the goods and taking all homeward, has always been and always shall
Standing still to travel the most immutable icon I salute you, symbol of an age, follow the most clichéd path
Heroism against daunting odds, yet still displays the truth, its own essence, transcendence of being
Always and at once alone yet in multifarious company.
Apotheosis of elemental abstraction, on the beach twining about the seaweed out of the wind’s reach,
To mount the steps to paradise, picture the stars, strung-out milky way, hitching on a comet, waking by the sea’s edge
Why not go travelling again, break the illusion of statisticity, enjoy myself again, in the heart of the universe on a traverse
Conversant and eloquent, baroque and undisclosed, skilled yet uncivilised in the common parlance
Unmarketable, poetic gift, pictures, so lost yet found
Alien-to-all ratiocination, postmodern techno-whistle, art-faggot, dildo, a preoccupation to while away
Springs forth skill on interest, a livelihood (just about), provision to accomplish our dreams,
Those of the anfang, a vanguard, ‘weltanschauung’ en route via punch and sweat to radioactive threatfair-conditioned budgie cage
Island life multiplying pressures, glistening sea pours back loving reflections
Collective consciousness forms and reform description, problem, solution, Promethean dialectical positivist
Then the earth spoke to me, and I listened carefully, where the star-tree glistens, carried away on its ever-changing melody,
Heads of star children all in space, sons and daughters of all creeds and race, mankind not manekin-ned puppet spawn,
Spewed out by time’s fiery trail, star-dust fed, dancing the dawn, cosmic conception
As one, withal yet alone, spat moths and beetles, nestled in cocoons of joy
Shot forth, replenished earth again with bright melodies from time’s birth, thought transference
I knew you, before I got the permanent blues, kicked by greens and spat on by reds
Wandered, stared, brought forth illusions from misty twilights of ancestral caverns, standing, breathing fog,
Cudgel in hand, on guard, waiting for the next monster to spring from the gloom
Hunger, the long trail towards dawn, the dead-watch, fire still smouldering putting out foul embers
Clear quenching drink, sparkling spring, thinking on the ocean’s heart, collected from the deepest waters
In monstrous deep caves I found myself, and you too, rescued, for you had spent too long down there,
Traversing the murky depths, patrolling the underworld looking for victims
Now walk along the shore, better in the world, we can shelter here from the raging storm, and think
Thoughts of peace in the turmoil around us.
To be a real person you must have a station in life, for without the trappings of consumerdom
You are less than nothing, worse than zero because you are a positive lacking
Like black holes, slowly sucking in the whole universe
So, they strip you down to make you frown so you are bare without a care and say,
Frivolous inanity is your new home we’ve come to fill your soul with our junk rhetoric
Primitive accumulators, mocking time picking up experience, picking up material, feeding soul with pulpy fluff
Such hard lines to follow, such hard lives to break, panopticon dwellers stick up and shut up for goodness’ sake
No beauty within, only excuse ‘I did it for the kids’!
Skimming off soul for a few moments of thrills, rubbish spewed society trash
Cities of satanity, breeding unreality, fundamental depravity, dreaming webs of intrigue, sowing seeds of dissent