All native instincts were rooted out 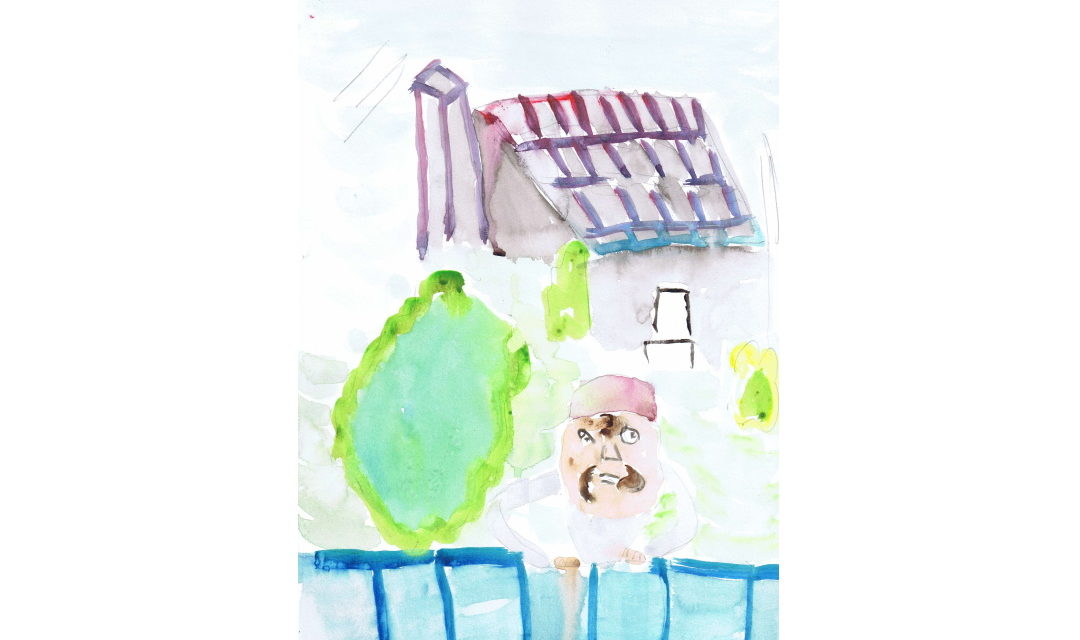 All native instincts were rooted out, mankind in utopia where
There was no anger or hate, yet the state still kept
Banks and banks of plasma guns, just in case, they said,
We should be invaded from outer space.
Contention
For land was unheard of, thanks to the total surface relandscaping
Which had rendered the earth substrata of plateaux, artificial daylight
Transmitted from orbital stations. The earth’s orbit also had been
Modified to give longer summers and shorter winters,
Deserts were all green again. Mountain dwellers still had ice and snow
But it was kept mainly for tourism. Industrial waste was launched
Into space in containers designed to burn up in the sun
Floating pleasure cities adorned the skies, where artist, poet and athlete
All met together to have a good time; all legal and legislatory disagreements
Were settled by combat with words, or in arenas, or by computer simulation
All laws were written in poetic form, and it was no longer considered
Square to be a conformist. People could choose when they were to die, or
If it took them to live for centuries long. A world of design and intelligence,
Custom tailored to every event. Pleasant experiences could be lived and relived
By nano-technology embedded in the human brain. Endlessly varied creativity,
Or if one chose to spend life walking the strata, or even the surface, it was good.
As the earth’s core had sufficiently cooled, there were no earthquakes or volcanoes
The whole planet, as I have said, was remoulded to suit man’s every requirement.
Nobody went hungry. One was never far from a Galen cultivation zone, where
Not only food but herbs and ointments to heal every illness.
There were also ‘chaos’ zones where nature had been allowed to remain unaltered
Though these were small and infrequent. Some humans even preferred to live here,
Even though they were prey to disease, pests and the occasional roaming predator.
In a way it was an unhappy balance, because most of the planet was like
A cross between a zoo, factory and cultivation zone, visits to the surface were scarcely allowed,
Man’s creative responses to day to day life were slowing down, and had been
For centuries. People still yearned to feel a wind on their skin that wasn’t artificial
And to speak to real people, who were not merely organic relayers of information.
Time and the life of mind are both of one array
Society we live in dissolves and reforms around us
Free elements, no ties, re-form restructure in exciting and original new ways
Materialistic soullessness evaporates into space
New dynamic organic and wholistic thought patterns emerge from chaos;
Mirrors the re-routing networking and reconnecting of the dissatisfied and dissolute
New positive lines for growth establish and harmonise, opening up perception
Of reality on many levels simultaneously, self-determining functioning
Totalitarian will subverted, defocused decentralised revolution from
Without within, unite emotional, spiritual and physical revive, rekindle, awake, arise!!!
Caste away self-obsession, irrelevancies of communication
Get together with some mates, forget self-indulgence and gloom!
Life’s ups and downs, contrast brings relief from monotony
Illusions cast away breaking about like waves around my head
Destiny afloat on desire, spiritual journey, always travelling, never arriving
Suffer no delusions, you are insignificant, you are small
The ego is an attitude adjuster, feeds on ideology and is prey to a virus
No need for disease, purification of the senses to see reality as it really is
Metabolise, take what you require and discard the unnecessary.
Authoritarians will tell you, you can’t win, give in, obey us or you will suffer and perish
Yet we still say no, because our true inner higher selves tell us that the greatest
Gift of life is to celebrate, create and love, spontaneous and unquestioning.
Conditioned minds press against artificial barriers, then turn back thinking they have
Seen and felt all. No way to live, minds of stones! The sacred aura of life, light and love
Can never be got rid of, even though they spectacle-ise and make mockery,
Analyse and cross examine, poke around for something to feed their soul-eating machines.
Moebius and I have a close relation, for example we never cross our wires.
We can cast spells that reward those we like, and punish those we dislike
To be good it must feel good, to come into relationship with the fragmentary nature
Of experience, to heal ourselves and others and become whole people.